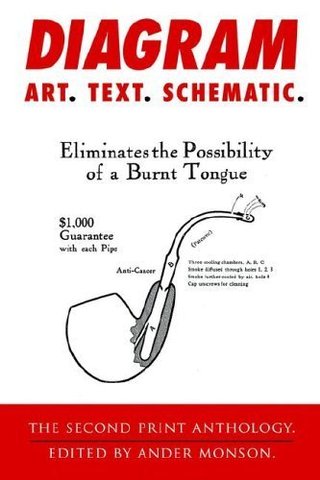 In 1928 I washed up, wet and fatherless, in Union Beach, New Jersey, delivered from my mother Mary to wear my father's name: Nathwell Tate. Nat Tate I went by, Nat Tate I signed my work, name and work now lost as waterlogged Atlantis. They never found my body. Full fathom five thy father lies.

My father was and he wasn't. A cipher, a story. I was four when he died. Or I died before him. Or he died or didn't die before I was born. They never found my body. I never found his body. He knew my mother but not me. He came, he went. A version, a void, a grave. She said he was a Nantucket fisherman. Sometimes. She said he drowned before me. Full fathom five.

Lies that came and went. Wet dreams of death and drowning. My father was a naval architect. Submariner. Deep-sea diver. Merchant seaman. Missing. Killed in action. Dead in the water. Those are pearls that were his eyes. Sleepless as the river, unburied in a watery grave, locked in Davy Jones's locker.

He came, he went. They never found our bodies. A cipher, a story. My mother Mary had a talent for polishing glassware. A barmaid, maybe, whom a sailor pressed up against, pressed in upon. He came, he went. A version, a void. Floating me, beaching me, drowning. Full fathom five. A grave . . . .

Or the darker version, wherein he pays for his pleasure, a shadowy urgent dockside encounter. I've had a few myself. Under thy shadow by the piers I waited, wrote my other father, the one who died when I was four. The father I adopted, not the one adopting me. Hart Crane, my chosen father, friend, beloved. Who died when I did, at thirty-two. A shadow, a darkness. Sleepless as the river. He died and didn't die; he lives in words. But all of us are dead now. Null, void, grave. They never found our bodies.
__

My mother, born Mary Tager, became the widow Mary Tate. Self-inventor, shape-changer, tale-teller; serving-girl, glass-washer. Kitchen maid, then cook, at Windrose, a small elegant estate on the wrong side of Peconic Bay. A sea-change erased me, perhaps: nothing earlier remains, no place or face, scent, sight, or sound precedes Windrose. I was three and lived with her there, "below the bridge," the locals say, north among potato fields and fishing-boats instead of south in the fancy Hamptons.

She died before me. I was eight. One icy morning in Riverhead, Long Island, a delivery van delivered her from life into dead and bloody nothingness, broke her bones. River and island, full fathom five. When someone interrupted schoolyard softball to say so, I thought he was joking.

A departure I wasn't witness to, a void unavoided. Thus I was delivered from her a second time, February 1936. Already snow submerges an iron year, wrote my other father, a lover of boys like me. He wrote that six years before she died. Two years before he drowned. We never met. I never found his body. . . .